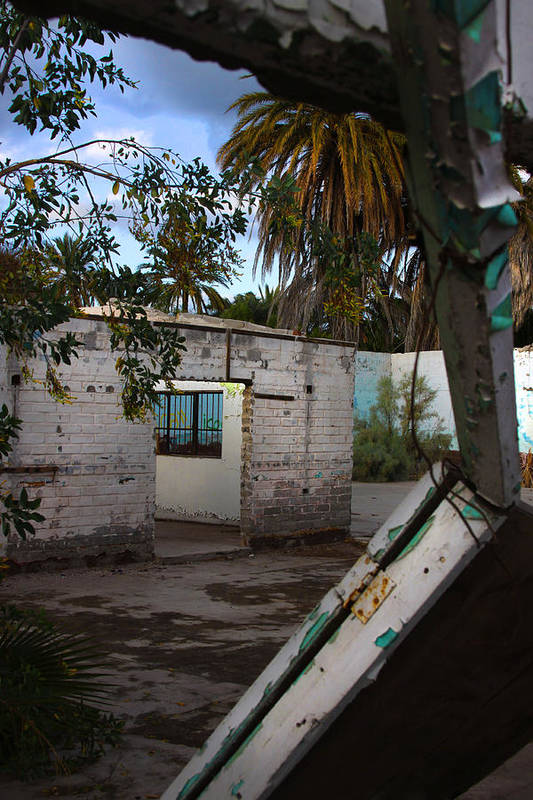 Rolled in a Tube

Forgotten art print by Kandy Hurley.   Our art prints are produced on acid-free papers using archival inks to guarantee that they last a lifetime without fading or loss of color. All art prints include a 1" white border around the image to allow for future framing and matting, if desired.

This is from my Abandoned series. I find that old abandoned buildings are beautiful in a gritty careworn way and have stories to tell.... more

Wonderful image! Love the detail and composition of this photo!

Cool. I also enjoyed reading your description of these abandoned gems.

I like the exposure of the blue paint under the more recent white coat and the effective of seeing the wall beyond the barred window.

Thank you for featuring my work in the group Artist News

This capture definitely helps it tell its story! L

This is from my Abandoned series. I find that old abandoned buildings are beautiful in a gritty careworn way and have stories to tell. This is was taken in Loreto Baja California, a small interesting city sitting on the coast of the Sea of Cortez. There are many places in the city that are jewels in the rough just waiting to be captured by a lens. Loreto (or Concho) was the first Spanish settlement on the Baja California Peninsula. It served as the capital of Las Californias from 1697 to 1777, and is the current seat of the municipality of Loreto in the Mexican State of Baja California Sur. Featured in..Urban Landscapes Featured in..Best Image Promotion Featured in..Balcony, Windows and Doors Featured in..Art from the Past Featured in.. Memories and Nostalgia Featured in..Comfortable Art Featured in..Premium FAA Artists Featured in..Artist News

First, let me say thank for your support of the ARTS ~ it's appreciated. I use my camera and other art to explore my whim's. It's not especially intellectual, but it is heartfelt. If you've collected my work, I would love to hear from you and see where you have chosen to display it. Contact me - art@grimalkinstudio.com All Rights Reserved and Copyrighted in the US and Internationally. All works showcased are original art by Kandy Hurley.