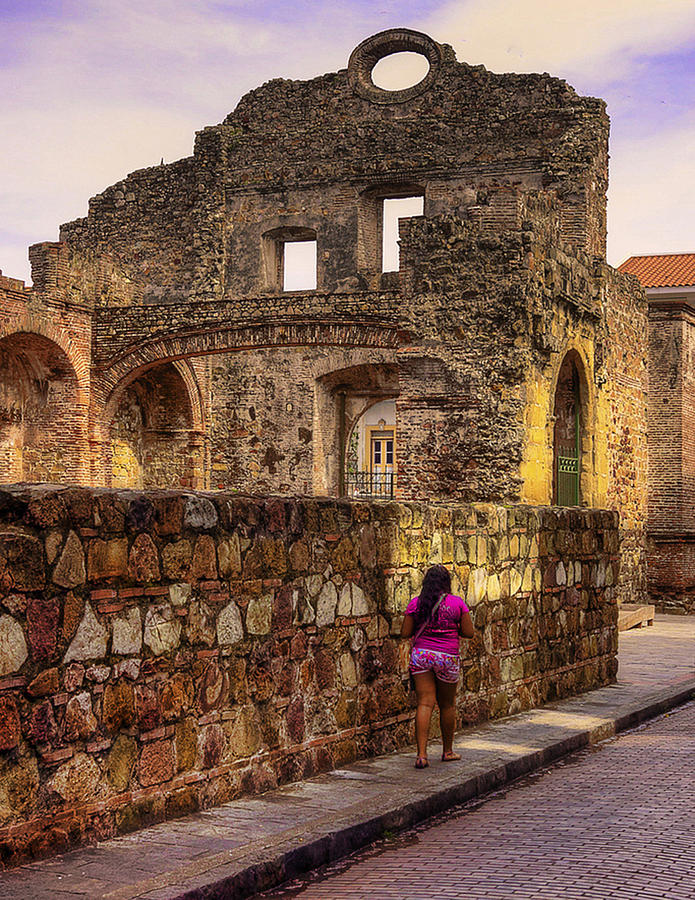 Casco Viejo is Spanish for Old Town it is also known as Casco Antiguo or San Felipe,the historic district of Panama City.
Originally built and settled in 1671 after the destruction of Panama Viejo, by Captain Henry Morgan, Casco Viejo Panama,also known as Casco Antiguo & San Felipe was constructed as a walled city on a peninsula off of Panama City to protect its settlers against another siege such as that suffered in Panama Viejo

The images are available in a variety of formats and sizes.
I welcome your visits as well, as your comments, pins and tweets. Come back often as new work is added frequently.
Thank you for visiting.

Featured in..Art From The Past

Wonderful capture! Fabulous one to visit and promote again!

This is such a great photo! L